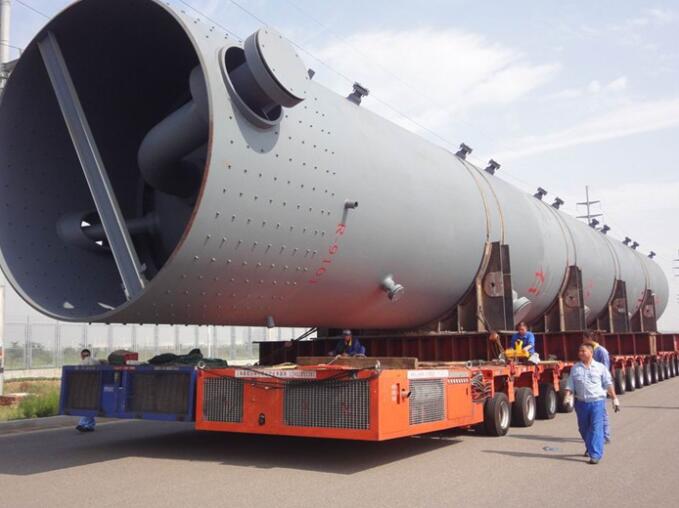 Anster is a leading supplier of heavy haulers and self-propelled modular transporters (SPMT) in China. The heavy hauling company will be using Anster’s SPMT to transport its chemical tanks. Using SPMT helps company cut the costs of heavy transport. The hauling company will be able to move its tanks easily from one place to another in Philippines. The tanks measure 4.5m in diameter and weigh 1000 tons.

Anster supplies its SPMT to all parts of the world. The leading markets are in South East Asia and South America. The countries in South America that buy Anster SPMT include Brazil, Ecuador, Peru, Chile, Paraguay, and Colombia among others. Other export markets include the Philippines, UAE, South Africa, and Korea. Anster produces semi-trailers (20-300 tons), heavy haulers, and lowboy trailers. Others include refrigerated truck trailers, low bed trailers, and RGN trailers.

In 2008, Anster began to produce SPMT, which are in three series. One is 3 m wide-axle load 36 tons while the second is 2.43 m wide-axle 40 tons. Anster produces the same quality of SPMT as Goldholfer Trailer. Goldholfer is leading manufacturer of SPMT. Its products are known in all parts of the world.

SPMTs have dozens of wheels that are controlled by a computer. A computer controls each wheel to ensure that weight is distributed evenly. The transporters carry heavy loads that other loaders and trucks cannot carry. Hence, SPMT move at a speed of one mile per hour when they are fully loaded. Some SPMT use a control panel instead of a computer to control the wheels. The heavy haulers are largely used in construction fields to move heavy building materials.

Anster helps many companies to save much money annually in transport costs. The company’s products stand out in the market because of their high quality and fair prices. Anster targets the high-end market in China with its products. However, its trailers have reached world-class level. The focus on quality has made the Anster’s global sales to grow rapidly since its establishment.

Anster has already made its mark in the global market for transport solutions. More companies in Philippines are likely to follow the trend of the heavy hauling company. Self-propelled modular trailers may be slow in speed but they are reliable and affordable. The company is now focusing on semi-trailers that will serve many more clients. Anster allows clients to choose the design and weight limit semi-trailers. Anster is also focusing on improving its bidding success rate. Working with top bidding agencies will help the company customize its products to meet its client’s needs.