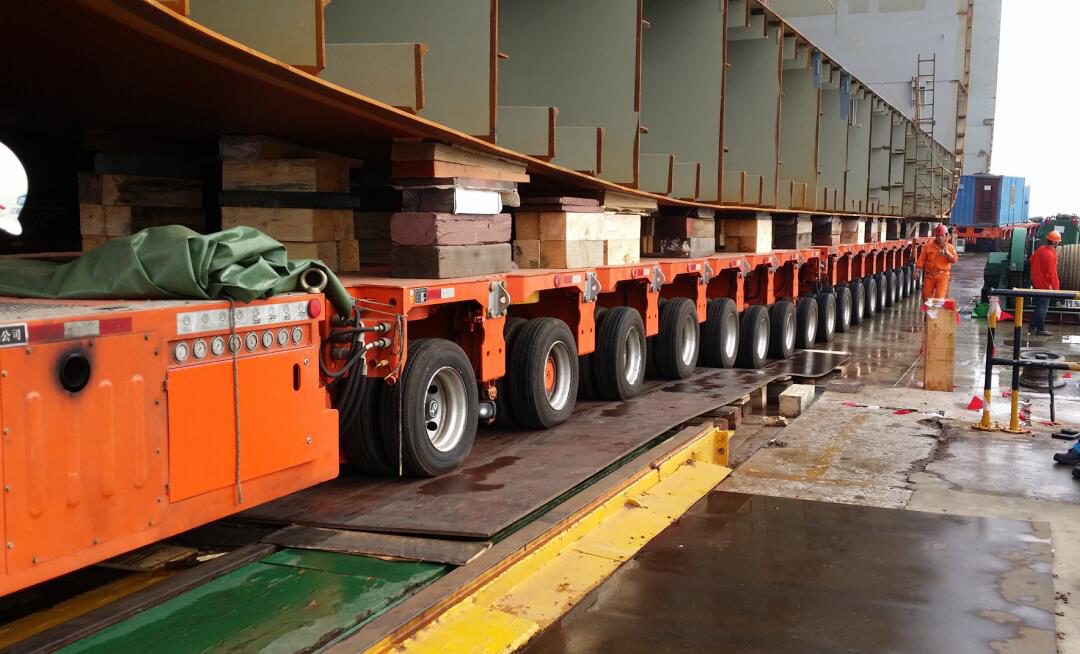 Self-propelled modular transporters (SPMTs) are heavy haulers used to transport bulky goods. You are likely to see them in use in construction sites.

Many governments use them to construct roads and bridges. You can also find SPMTs in shipyards. The transporters are made of dozens of wheels that are controlled by a control panel or computer.

Some construction sections and equipment cannot be carried with one trailer. The quality, versatility, capacity, and durability of SPMTs vary across brands. Keep reading to discover the top manufacturers of the best modular trailers in the world.

Scheuerle has the largest production site of transporters in the Transporter Industry International (TII) Group. The Group is composed of several companies that include Nicolas industrie, Kamag Transporttechnik, Tratec, and Scheuerle.

TII Group is a global leader in the manufacture of heavy-duty vehicles for road transport. The Group’s vehicles use pendulum axles that are supported by hydraulics. 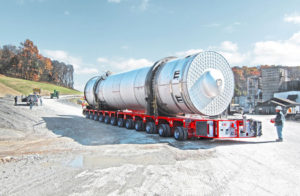 Other products include self-propelled transporters and SPMTs. Scheuerle provides an experience of more than 400 years to its clients.

It combines the technology and experience of four companies in its production process. Scheuerle’s history dates back to the 1860s when Christian Scheuerle acquired a forge.

Since then, the company has achieved many milestones. It has moved from manufacturing retractable bogie units to manufacturing the best SPMTs in the world.

Scheuerle set a record in 2005 when it delivered the largest antenna transporters.

Kamag is one of the companies that form the TII Group. It is located in Ulm and operates on 45,000 m2 of land. The company employs about 300 employees.

Kamag shares in the 400 years expertise in manufacturing heavy-duty vehicles. The product categories for the company include vehicles for terminal logistics, modular transporters, and industrial vehicles.

Specific products include a power booster, special transporters, and shipyard transporters. It also provides solutions for metal processing and air and space industry. 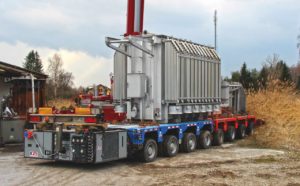 Karl Weinmann and Franz Xaver Kogel started Kamag in 1969. The company moved to Ulm in 1971 and has operated from there since then.

In the same year, it creates its first 7-axle ship section that was hydrostatically driven. It got an order of 30 similar vehicles in the 3 years.

Kamag has grown from those milestones to produce a new generation of self-propelled modular transporters. The German-based manufacturer stands out in the global market because of its great customer service, efficiency, and reliability.

Goldhofer started as a forge in 1705 and has now grown to become a global company. The company develops outstanding and intelligent transport solutions.

Goldhofer is a leading manufacturer because it uses very high standards in production processes. The quality of its products is competitive in the global market. 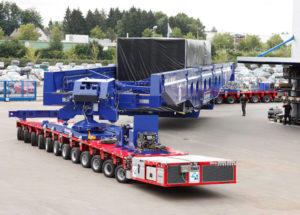 The company occupies 100,000 m2 in Memmingen and Ostfildern. It employs more than 700 people.

Goldhofer has sold more than 35,000 vehicles to clients in more than 160 countries. The vehicles have different capacities ranging from 20 tons to 10,000 tons.

Some of the products clients can buy from the company include a Goldhofer trailer, semi-trailers, and heavy-duty modules. The company has specific products for transporting heavy cargo at the airports.

In 2013, Goldhofer merged with another global leader Schopf. Both companies have the leading airport technology in the world.

Cometto products are used in different fields including construction, steel industry, and heavy haulage. The products are also used in aerospace, offshore platforms, wind energy, oil and gas, and shipbuilding.

The Cometto foundation was established in 1954. It built its first mechanical trailer the following year. It launched its first self propelled modular transporter in 1981.

The company has grown through acquiring other companies. In 1985, Cometto acquired Bottero Glass Technologies. The Cometto production has expanded to build modular transporters with the largest capacity in the world.

Customers can choose hybrid or diesel transporters depending on the number of axle lines.

Nicolas is one of the forming companies of TII group. It is a leading supplier of specialized heavy-duty vehicles including self-propelled modular trailers.

Other products in the company’s portfolio include modular and compact vehicles for road transport and special transporters. Nicolas offers customized transport solutions to the wind industry, mining, environment, and air and space industry.

Nicolas is among the oldest manufacturers of transporters. It was founded in 1855 to produce transporters for agricultural products. Hence, the company has a century and a half experience in the business. 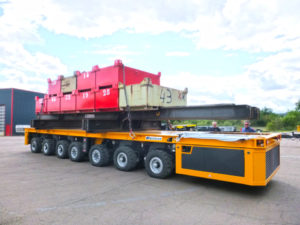 Nicolas started providing transport solutions for industrial goods in 1939 when it produced its first trailer.

In 1951, it introduced its first model of a lowbed trailer and the first 6-axle modular trailer in 1965. The company achieved a huge milestone in the 1970s when it introduced massive ship transporters.

The company changed ownership when Senator Rettenmaier acquired Nicolas Industrie in 1995. The company’s Tractomas entered the Guinness Book of Records in 2005.

ANSTER is a China-based manufacturer that is dedicated to providing its clients with perfect transport solutions. The company was established in 2000 with aim of reaching the high-class market in its country.

Its performance started increasing almost immediately after establishment. The company made 15 million dollars in the first three years.

Investing in technology has enabled ANSTER to become a globally competitive SPMT manufacturer. 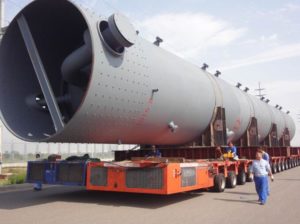 Other products in the company’s portfolio include hydraulic modular trailers, Hydraulic Axles Trailers and Multi-Axles Trailer.

However, the quality of its products competes with the other manufacturer’s products. This is because the company has allocated enough resources to quality control.

The company has a team of experts who ensure that each product meets the global quality standards.

One thing that comes out from the discussion is that all the manufacturers offer a wide range of transport solutions. Another common characteristic is that their products are used in different fields.

The companies provide solutions for air and space, agricultural, wind energy, and oil and gas industries. The SPMT manufacturers are global leaders because their products are high quality and have the largest capacities.

If you are looking for heavy-duty haulers, you cannot go wrong with products from any of these companies. All have decades of experience in providing perfect transport solutions.